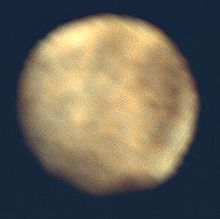 By lamplight everything looked strange
in the usual way a city evening brings strangeness
the streetlights flicker on and the trees,
stirring with the nighttime’s collective ennui,
look like museum exhibits in the purposeful incandescence.
Stella said, suddenly and declaratively
employing the certitude-percentile of a kid,
“I’m 99.9% sure there is other life out there,”
and went on to explain she didn’t mean disappointing life,
but life with legs, hopes, homes;
humanoid and approachable.
“If space goes on forever
there can’t be just one life,” she intuited with upturned eyes.
It seemed, and seems, inarguable. If not mathematically
then otherwise.

We walked along and I thought only momentarily of a true thing
– we are aliens ambling across the surface of a planet
a world floating in empty space, just like in the movies,
suspended from nothing and surrounded
by visible and invisible gases and clouds and rays,
girdled in weather, and space bolts in eternal apogee
and all the colors of the stupidly broad photonic spectrum,
most of which we’ve not been given to see.

We were headed to the liquor store for popsicles.
They have the best selection there for reasons I’ve never understood
nor particularly pondered with any effort.
Possibly it’s to do with the reformed boozer’s
increased craving for sugars.
We walked quickly across the dark street
away from the dangerous crosswalk
and its checkered promise, my hand on her back.
Periodically gusting, the evening wind
threw clattering dried leaves over the pavement.
The sound was definite, light and musical; polite applause.
I was going to say something
and Stella said “I love that sound of dry leaves being blown,”
and within 12 minutes or so we had our confection.
I chose fruit and she the frozen Oreo.